Increasing your personal protection in the new normal

The current pandemic has caused us all to adopt a variety of new precautionary behaviors in an attempt to stay protected. Who could have imagined just a year ago experiencing that feeling of having to double back after leaving home without our mask? Who would have thought of describing that feeling we all of a sudden get when someone stands too close to us in line at the supermarket? Hygiene was always part of our daily routine, but the way we do it now is something few could have anticipated only a few months ago.

But even with all of these precautionary measures, there is still a sense out there that we remain vulnerable as we see the number of infections continually on the rise and that’s even before winter’s arrival which is right around the corner and the concern of a second wave, as well as the common flu which always strikes hardest during this period.
Also, the longer we need to wear a mask in public continues, it’s only natural that people will start cutting corners because let’s face it, no one really likes wearing them even though we know just how important they are in fighting the virus.

Taffix has successfully filled the void in the world of personal protection with it’s 5-hour nasal spray that blocks many airborne viruses, including proven effectiveness against the current virus, the common flu and a number of others.
Taffix is not an alternative to other safety measures, but rather the perfect complement that ensures complete protection when used as part of the new daily routine.

Taffix is best used a few minutes prior to entering public spaces, such as work, restaurants, airports, public transportation and schools...the nasal spray is activated within 50 seconds from the moment of use and is effective for up to 5 hours. It can be used up to 3 times a day, providing protection throughout most of the day. Each personal package is good for about a month of usage.

Taffix has a proprietary action mechanism creating a hostile microenvironment in the nose. The spray creates an ultra-thin gel barrier in the nasal cavity that lowers the nose’s pH to 3.5 where many airborne viruses can’t survive. The gel, unlike a liquid solution which would evaporate after a few minutes, lasts up to 5 hours. These 2 factors are the secret behind Taffix’s clinical effectiveness.

Even though Taffix was initially created to protect us from the current virus, it is as well against the common flu and any other airborne virus that we catch at work, on a plane or from some random stranger in an elevator.

With Taffix as part of your daily routine, you are giving yourself an extra layer of priceless personal protection, something we can all agree is now more important than ever.

Practical tips for staying safe during a pandemic 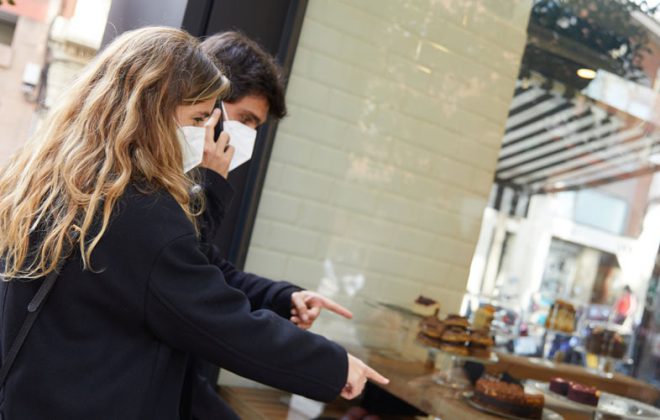 The best way to prevent respiratory contagion in crowded places 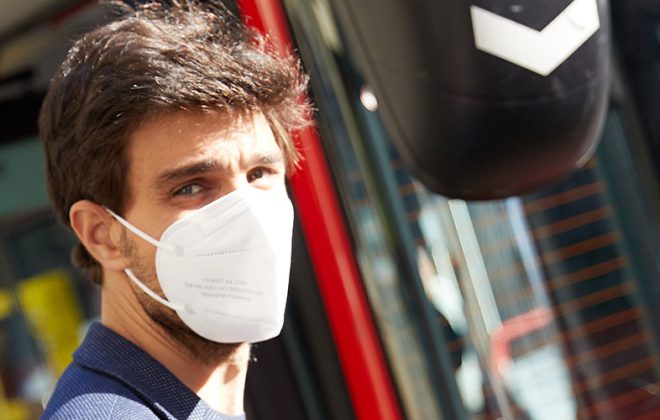 How Contagious Are Respiratory Viruses in Crowded Places?